The Academy of Art of Highland Park salutes Lt. Gary S. Panichella, of the Highland Park Police Department (HPPD). Gary Sensei, as I call him, has always been a good friend of the AAHP.

On Friday, June 28, 2019, the administration of the Borough of Highland Park, together with guests such as myself, honored Gary Sensei for his amazing run of 42 years of service as a policeman here in town. 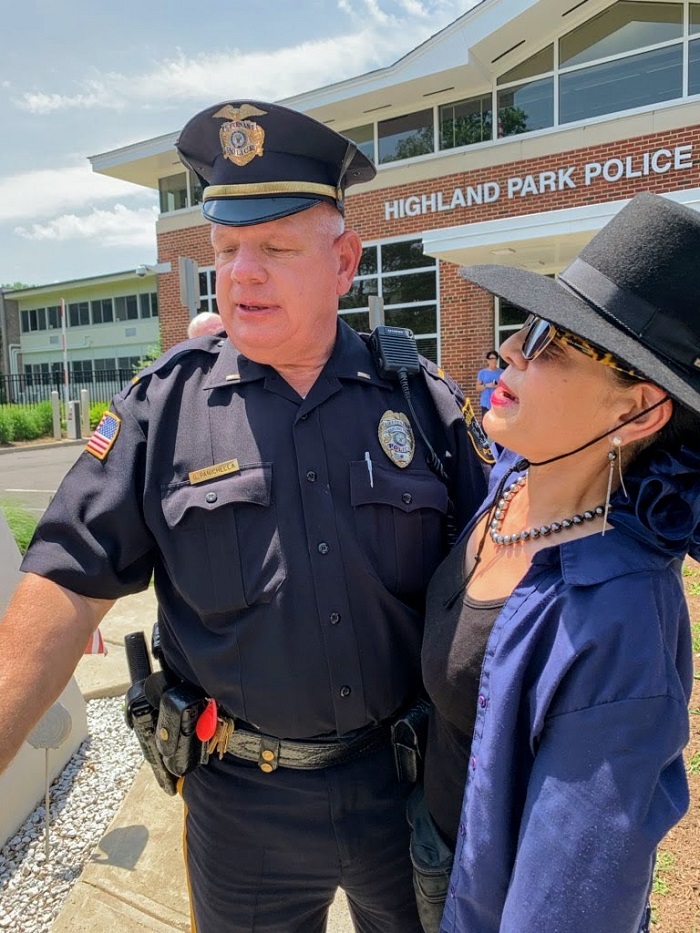 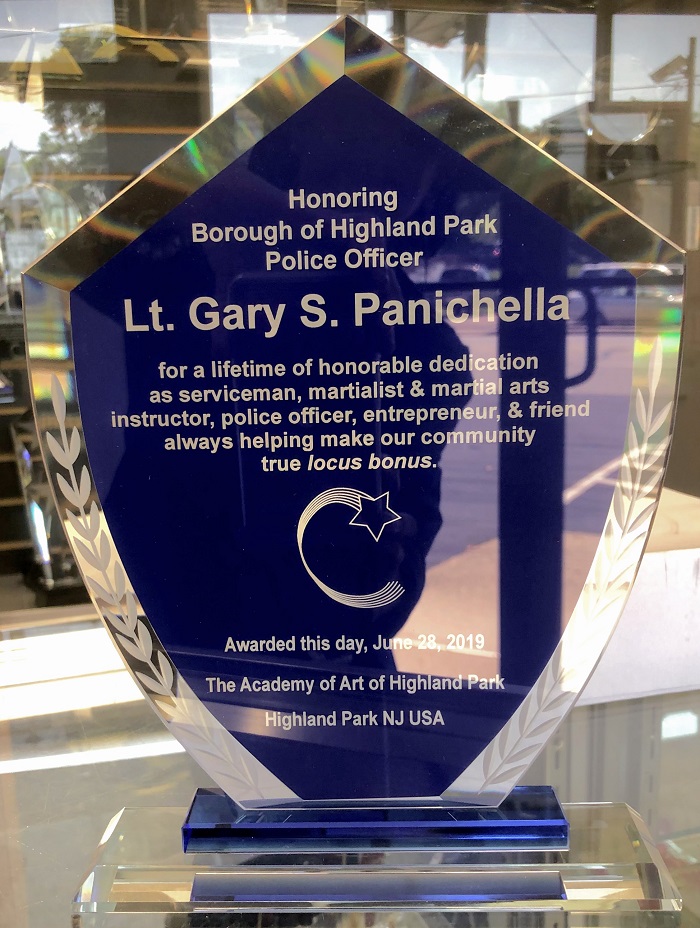 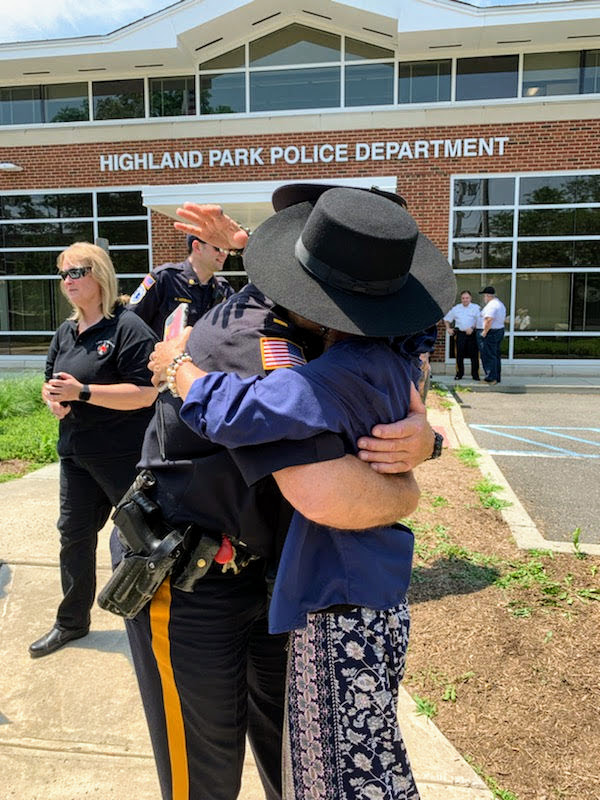 Gary Sensei was ignorant of the surprise retirement party unfolding for him on the street last Friday. He thought he was just driving back to headquarters at the end of perhaps his last traffic patrol. What he experienced instead was a great shock; a large crowd breaking into applause and cheers as he drove past a double line of fellow members of the police, all standing at attention, all saluting him in honor. Further well-deserved honors came to Gary Sensei across the afternoon. We at the AAHP presented him with a plaque, honoring not only his lifetime of service as a cop, but also honoring his life as a martialist, and as a martial arts instructor, his work as a fellow small business owner (Gary Sensei owns Studio 808, the gym/dojo across the street from the AAHP), and his commitment as a friend to our own operation.

Gary Sensei approached me on several occasions across the years to engage in collaborative projects between the AAHP and the HPPD. That’s how we at the AAHP came to paint the street banners for earlier episodes of the annual National Night Out; how we came to restore the mural-sized shield that hangs at the entrance of police headquarters; how we together explored an art education project for special needs citizens.

But there was more. When we at the AAHP began celebrating our annual, in-house Autumn Artstravaganza, Gary Sensei pointed me in the right direction, and that’s how our studio ended up obtaining traffic assistance from the HPPD. And so, every year, on a given night in October, HP Police place traffic safety cones along 8th Ave. North to protect young artists during our outdoor Drawing-in-the-Dark event, and which highlights our Artstravaganza. In more recent years, Gary Sensei also offered me a safe space to work on my giant, 23-ft. long painting when space was not available to me in our very own studios due to our high student traffic.

I should also note that I witnessed Gary Sensei working long hours in support of the families of one young adult, and later one child, who were lost to our community in tragic accidents; I will never forget Gary Sensei’s commitment to their families and to the memories of these youngsters.

All in all, Gary Sensei truly embodied the spirit of community here in town.

On behalf of myself and the staff of the AAHP, I wish Gary Sensei a wonderful excursion into retirement. But as many of us know about running a small business, there will be no rest for the weary even in retirement. We wish him the best as he keeps keeping busy! 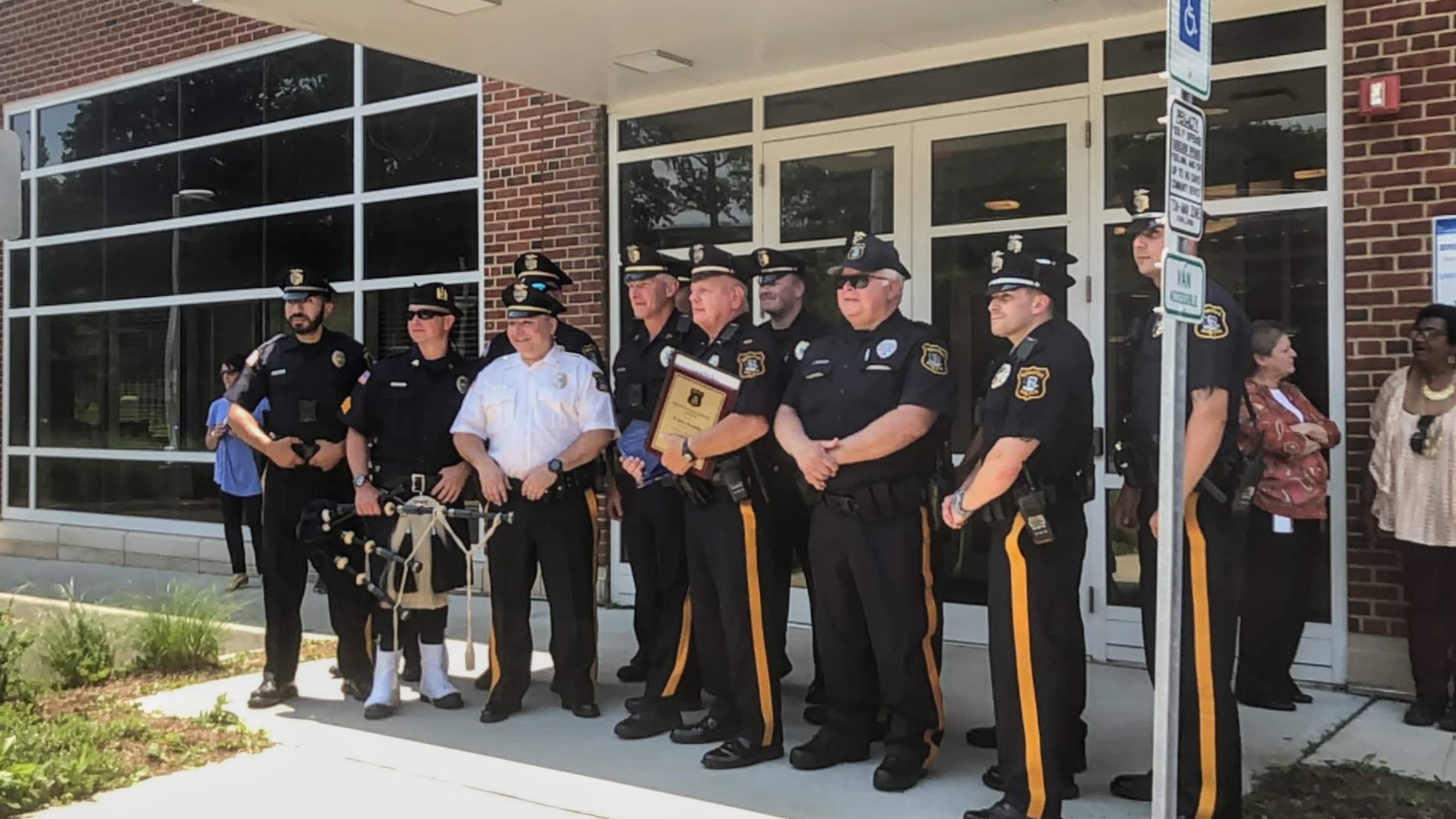 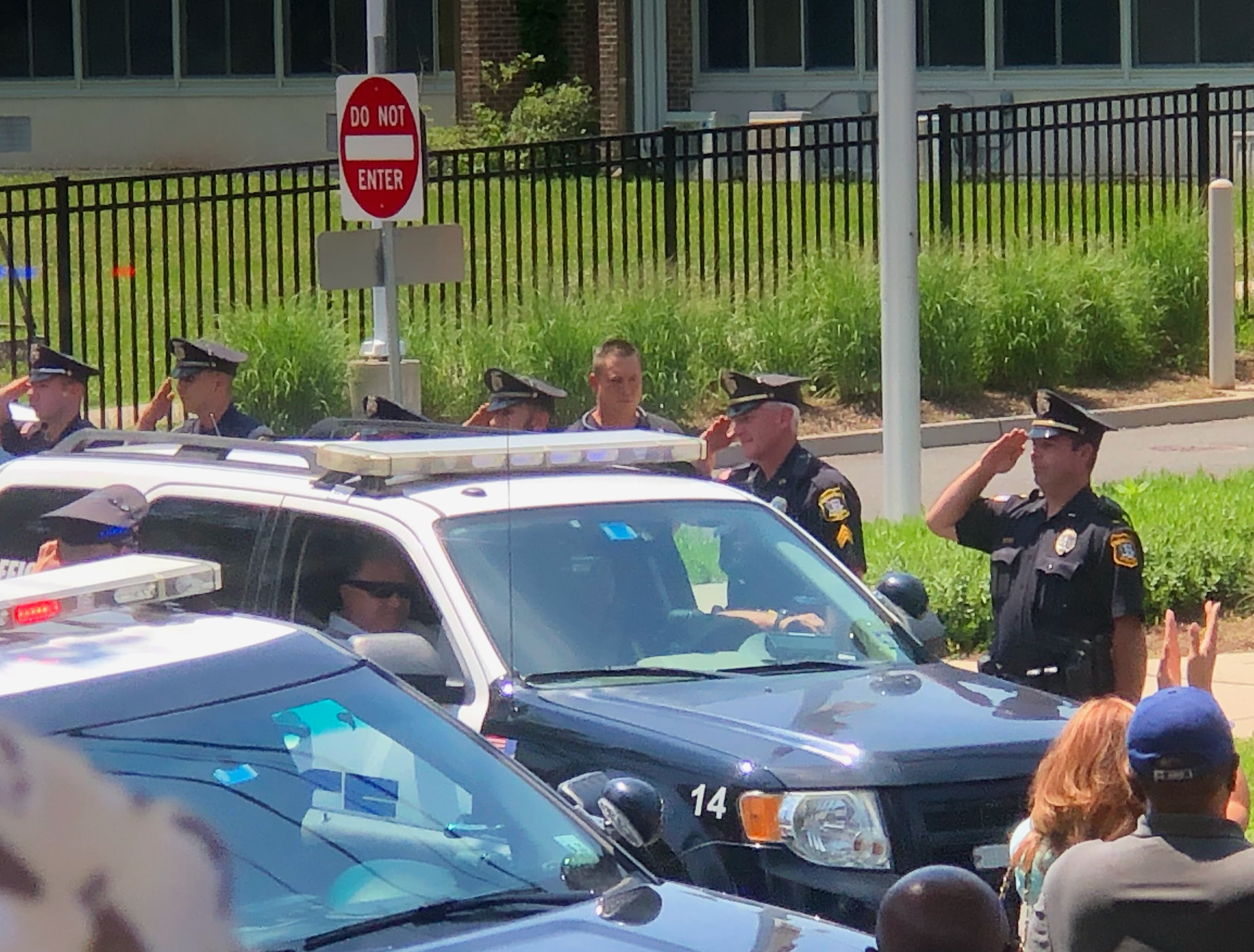 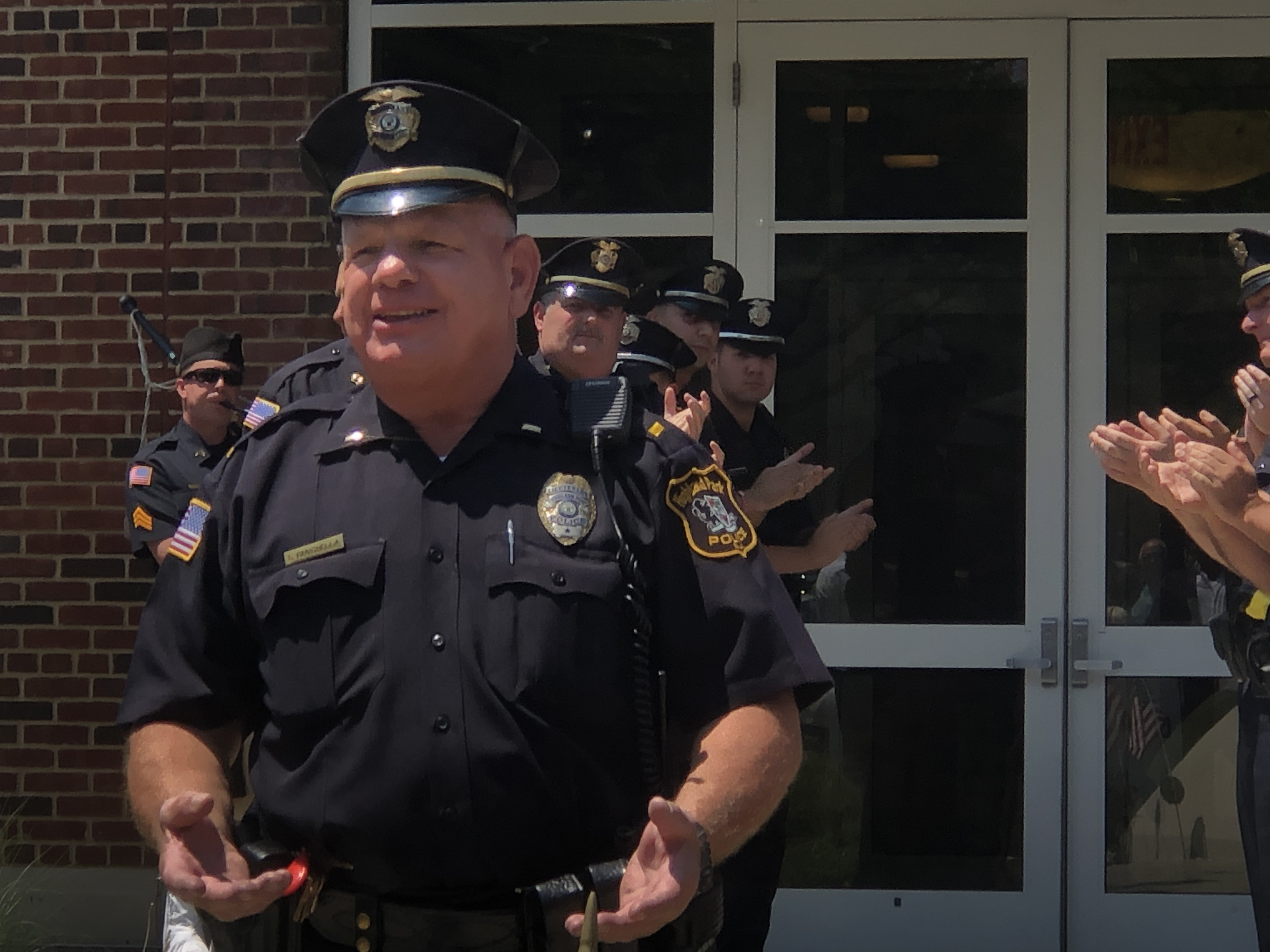