To invite one and all into deep studio practice alongside extraordinary teachers and peers; to explore the power of art in our everyday lives as a means of defining our better selves, and for making the world anew, right here and right now, at the drawing board, easel, and bench. 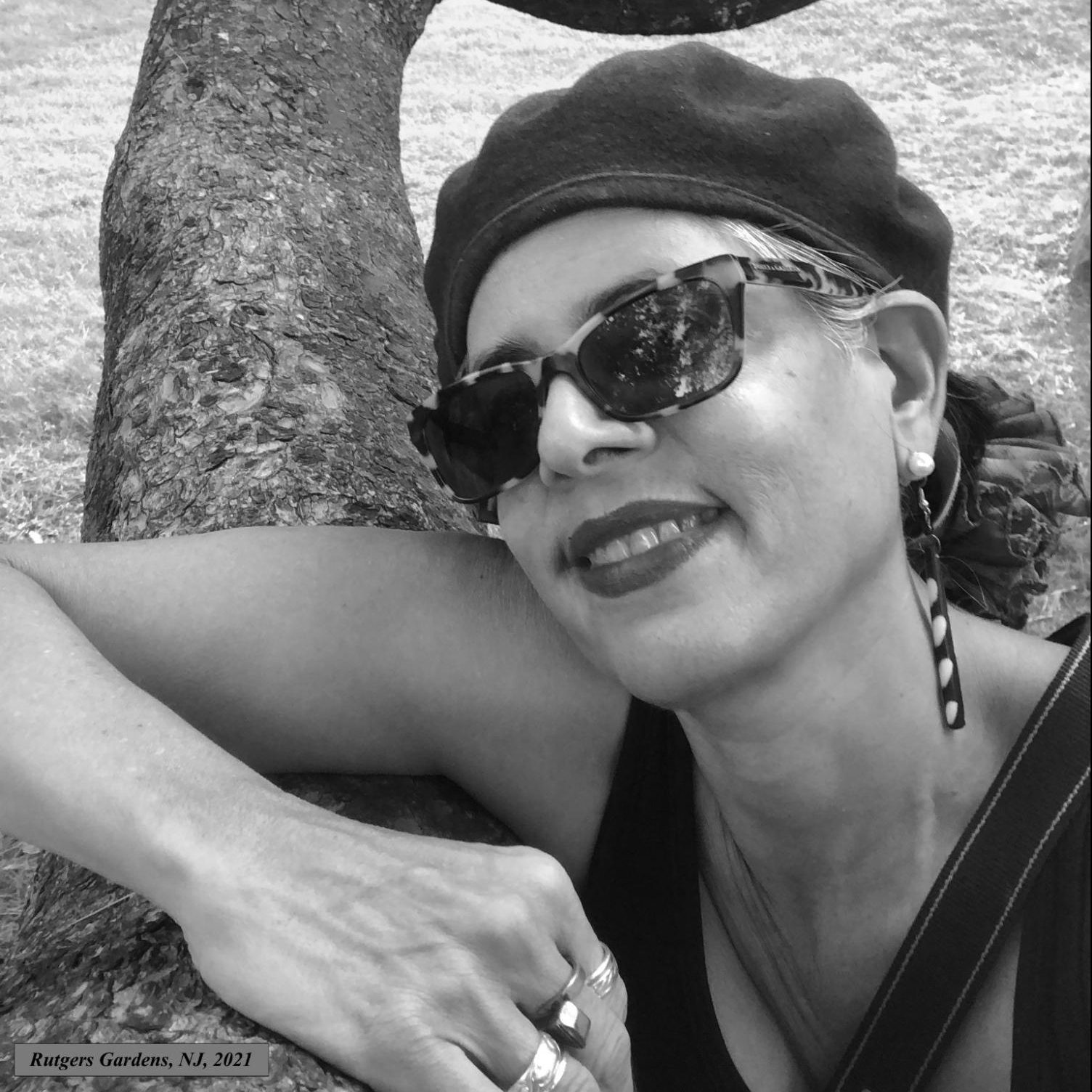 Ana received her first drawing lesson at age 4, her first drawing kit at age 6, and began studio life at age 9. Through long-term engagements with studios and art schools in Puerto Rico, the USA, and Italy, she went on to become an award-winning, classically-trained visual artist, as well as a studio and field instructor and arts administrator. Ana directs all business, studio, curricular and pedagogical operations at the art and design teaching studio she founded on her kitchen table in 1998. Launched as The Creative Genius Workshop, it grew fast into the Academy of Art of Highland Park (AAHP) and the shingle went up on main street. Ana has taught nearly a thousand younger and older practitioners, in studio, in the field, and online.

At the AAHP, Ana and her fellow staff members teach the deep craft practice of over 30 media and numerous art forms. Her students routinely garner topmost awards in local, regional, and national competitions, and many have gone on to exhibit their works and realize many of their aspirations as artists, designers and makers. Ana’s teen portfolio students place in the nation’s top art colleges, schools of architecture, schools of science and engineering, and liberal arts programs.

Ana and the AAHP staff have always offered a free studio program for young artists with special needs, and from households in crisis.

Ana served as a guest presenter at Henry Street Settlement House, as arts programmer for the Capital Area Urban League, as volunteer member of the Arts Commissions of Highland Park, and as judge for various community-based arts events in Middlesex County, NJ. Through the AAHP, she has collaborated with many schools and community programs, and continues to mentor students engaged in independent studies who need to collaborate with a field expert. Ana has also taught studio practice in Puerto Rico, China, and Botswana.

Ana holds a BA degree from Princeton University in Psychology (1985), with a senior thesis on visual perception, and a transcript heavy with art history studies. She holds an MA degree from the Milano School of International Affairs, Management and Urban Policy, The New School (1991), and incomplete PhD studies in science and tech policy and political theory, The New School.

Ana served a whirlwind stint as a multi award-winning reporter, news analyst and investigative journalist in New Jersey (1986 Rookie of the Year, NJ Press Association). For the past two decades, Ana has written for the AAHP on inquiry, exploration, creativity and artistic practice.

Ana is a vegetarian and an advocate for ocean conservation. She doesn’t like shower caps, umbrellas, or shoes. Because of her ethics and aesthetics, she shuns social media, though that is changing now that the studio is also online. She loves sport flying in small aircraft, as well as swimming, fishing, dance, and adventure travel around the world. She is a serious collector of antique maps of the Caribbean. She also collects (lots of) books, genuine poster art, and rocks, minerals, fossils and gems. 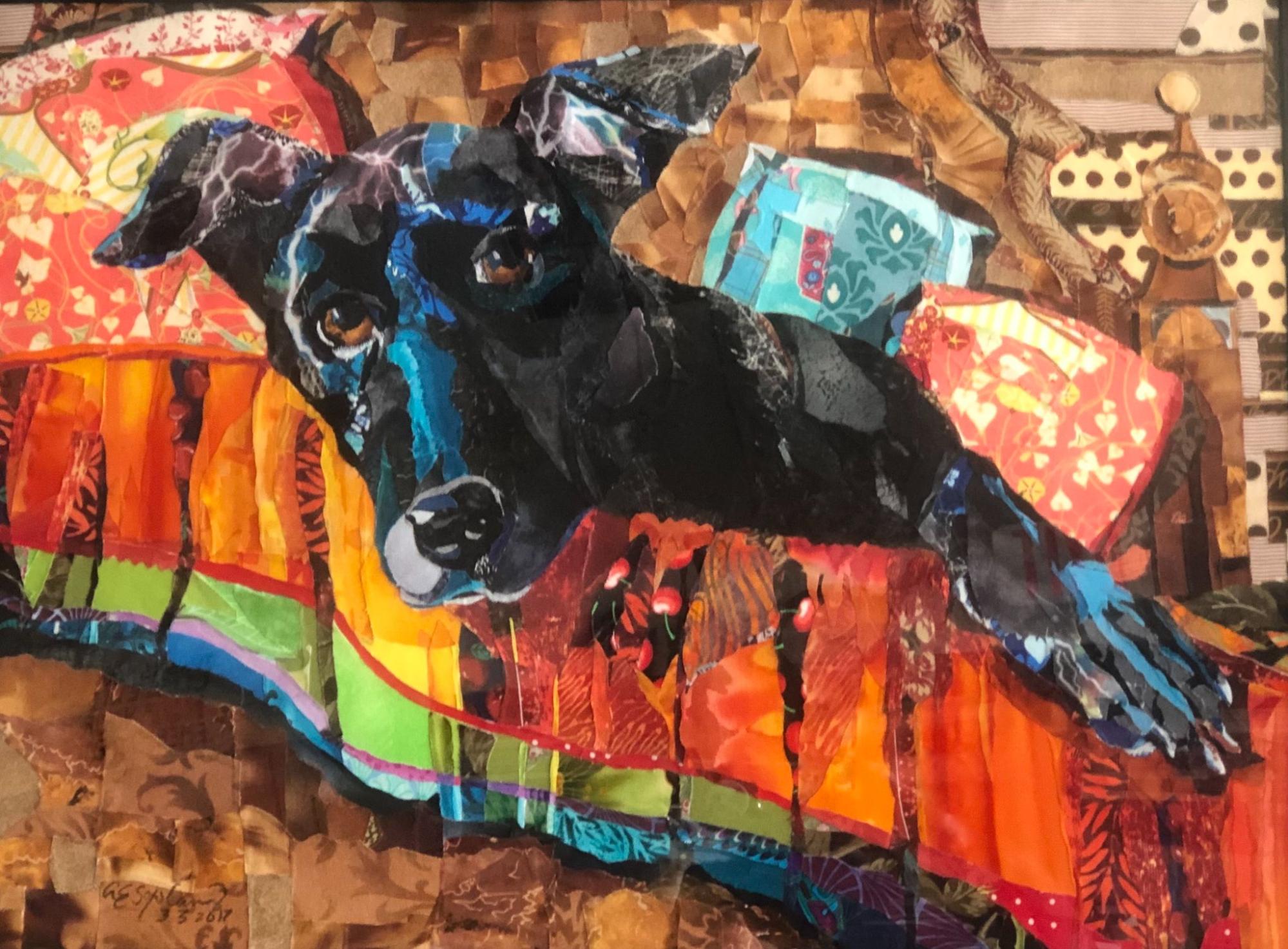 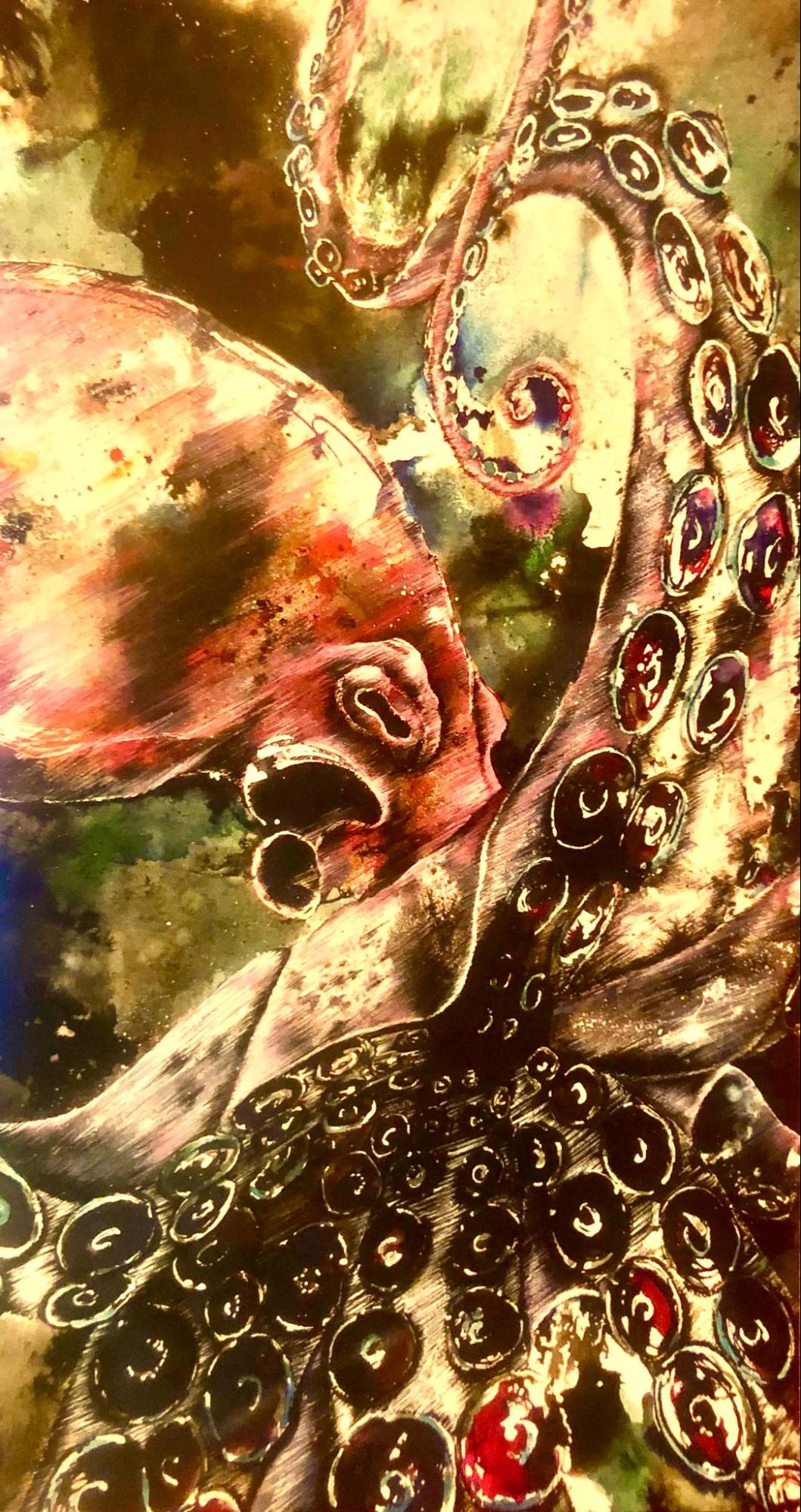 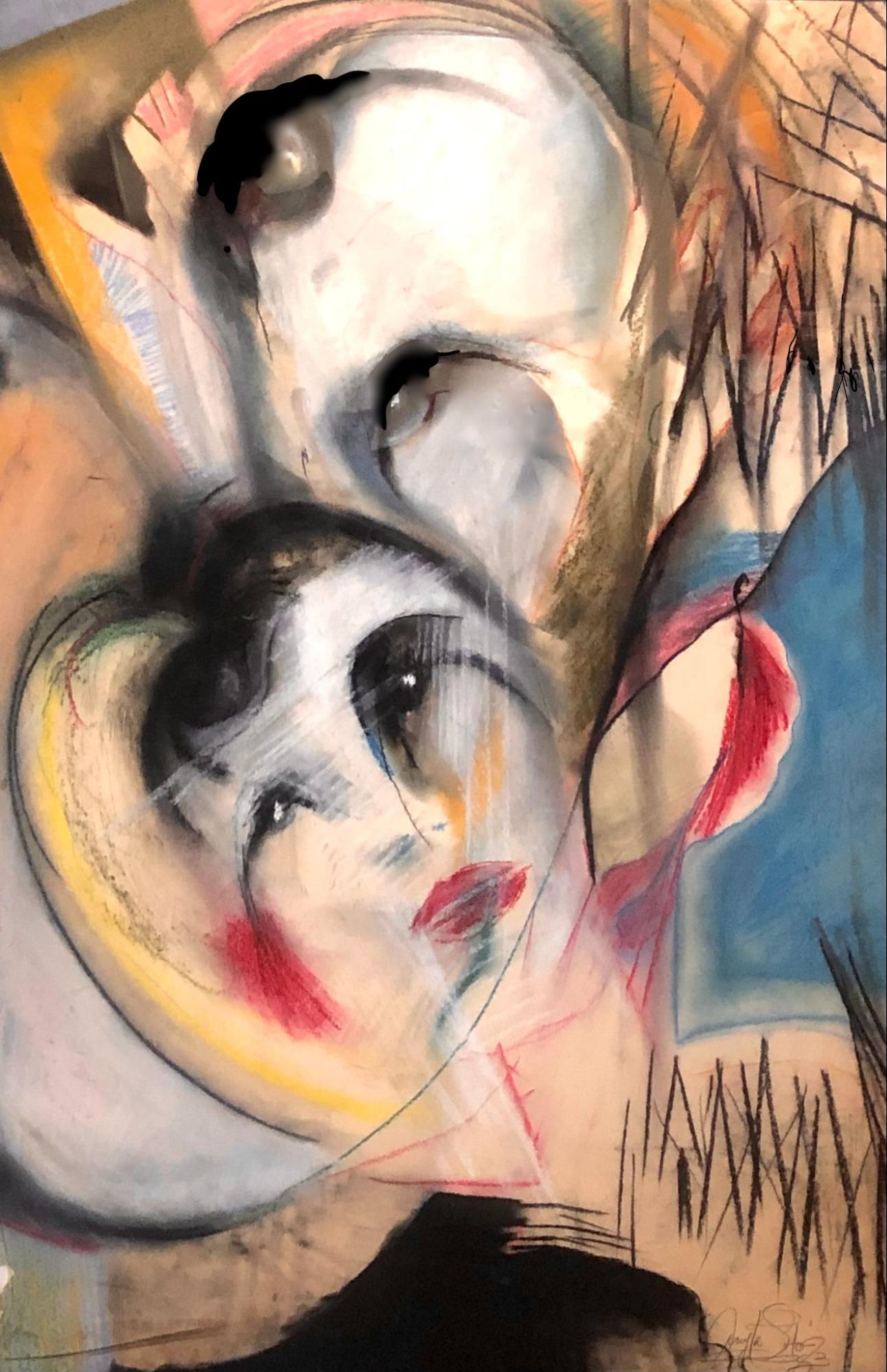 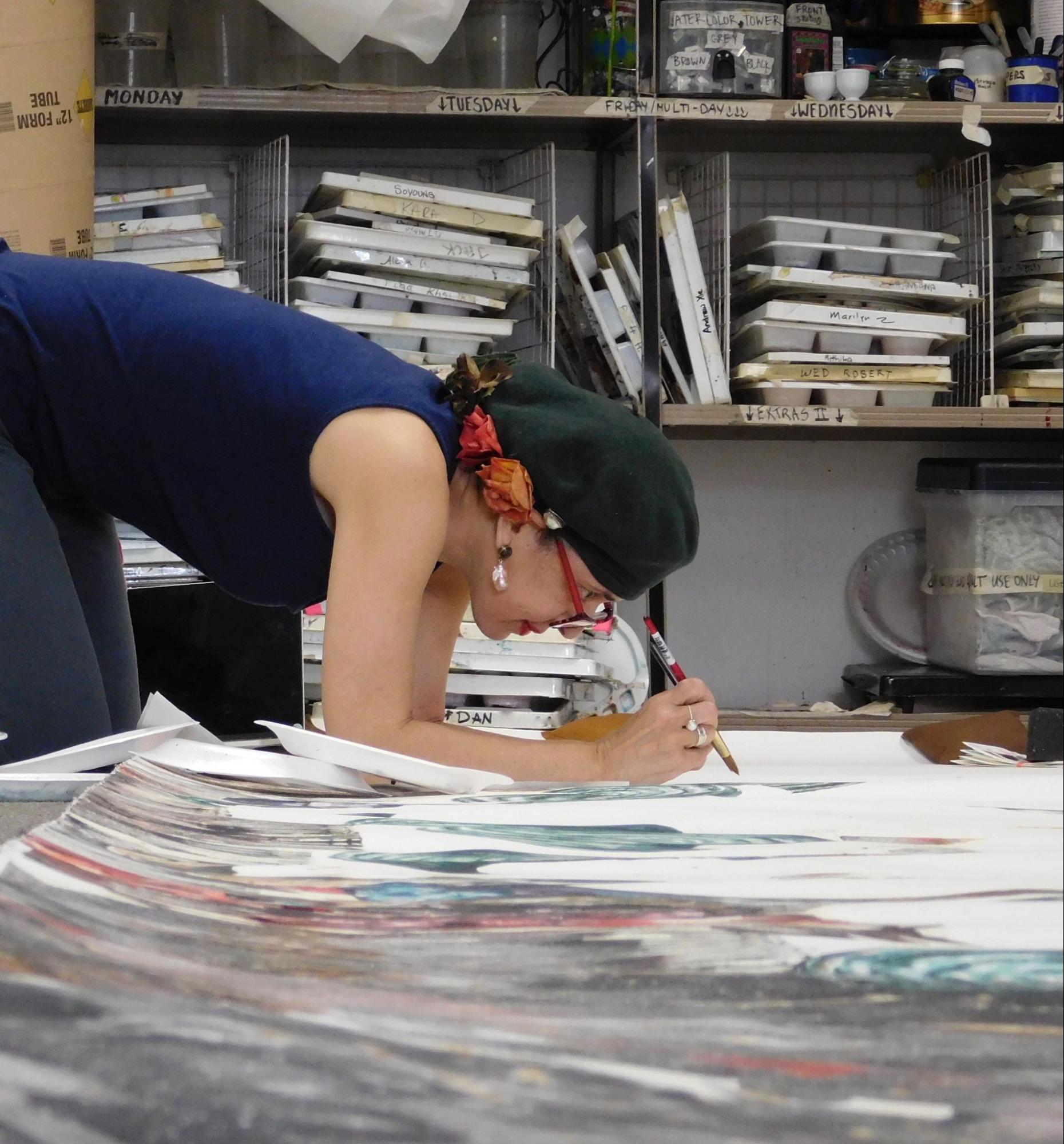 The Warrior Calls Forth Her Horses (work-in-progress). Watercolors, ink, and assorted papers; Ana at work on a 22-foot scroll featuring 11 horses. 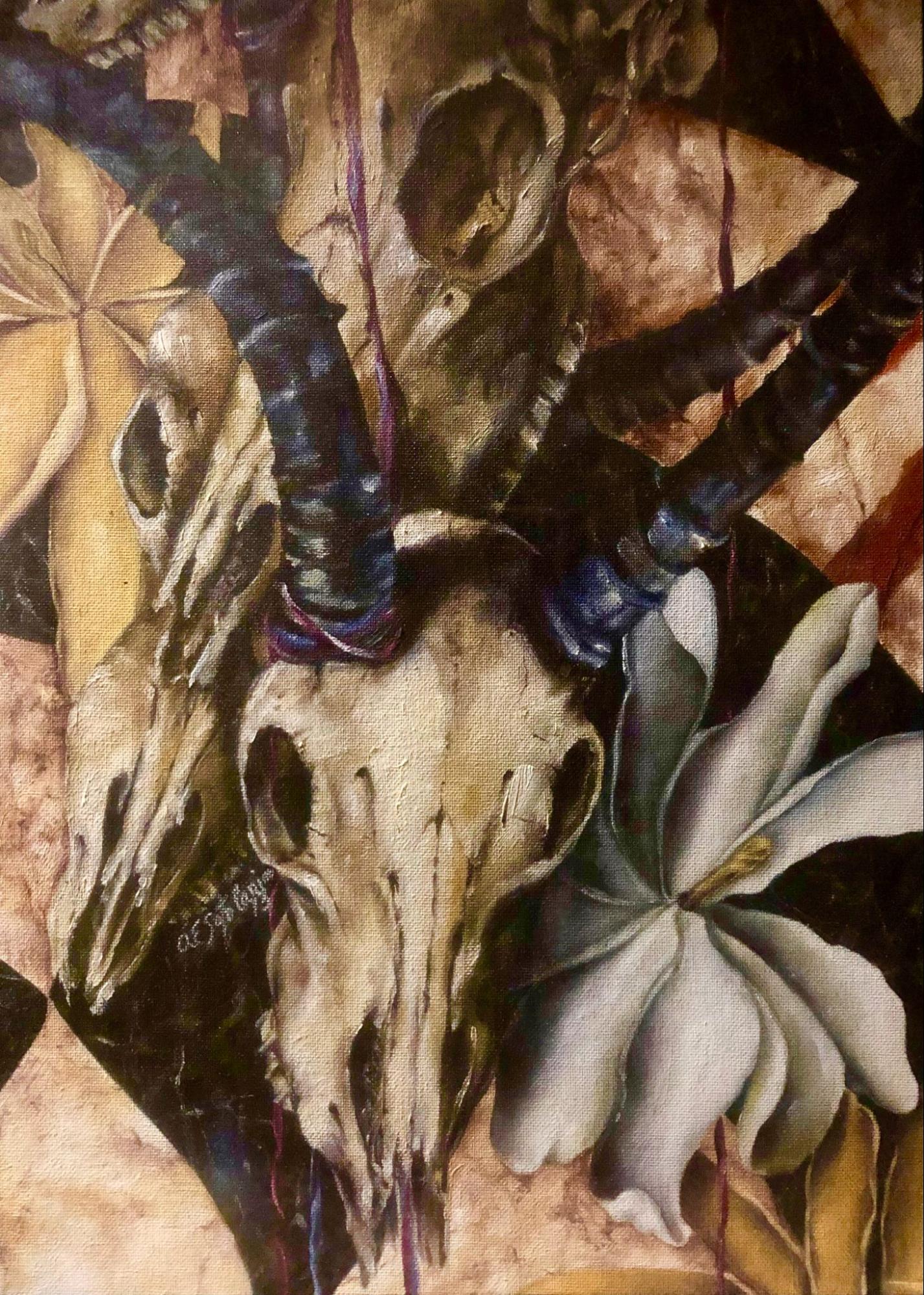 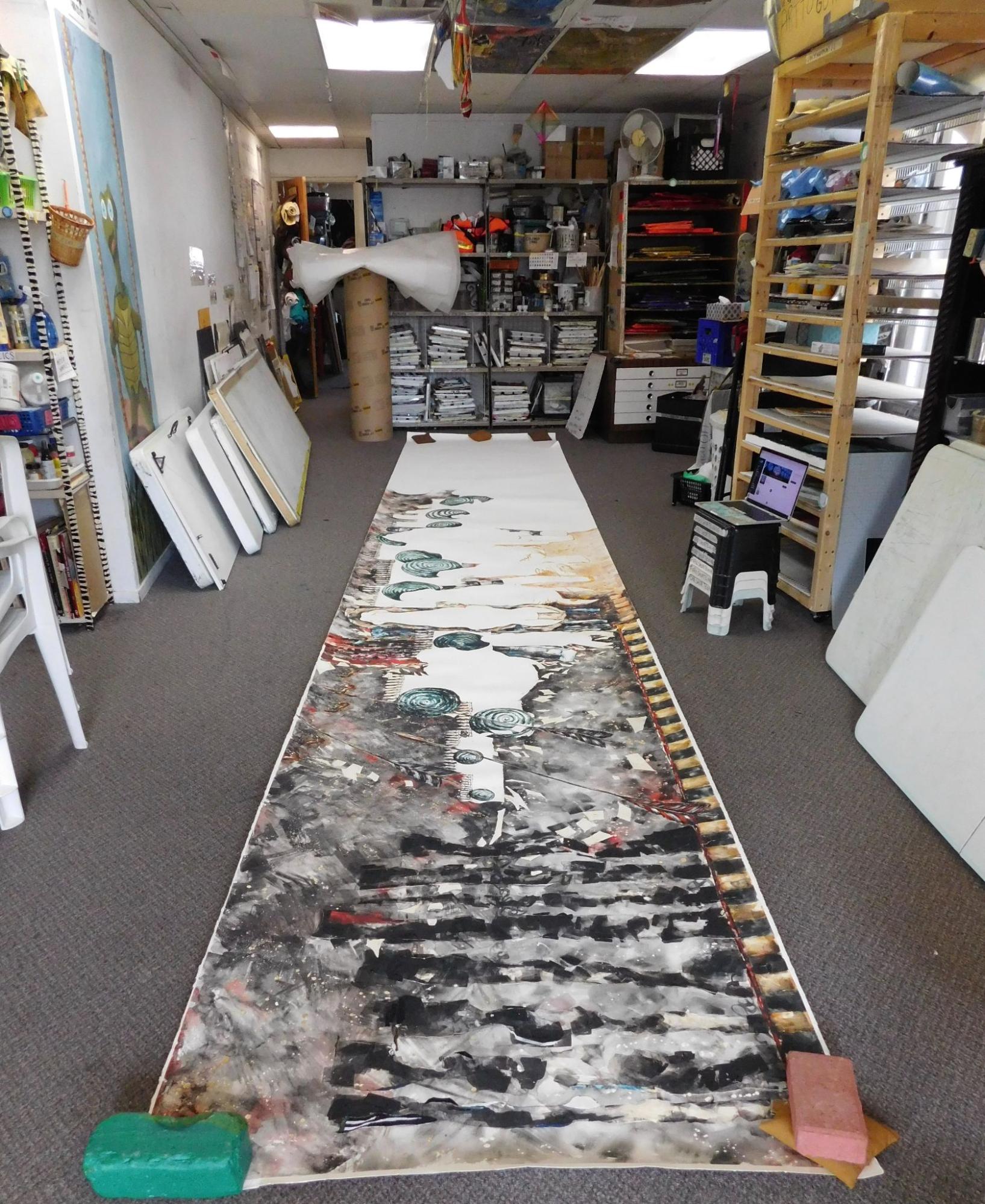 The Warrior Calls Forth Her Horses (work-in-progress). 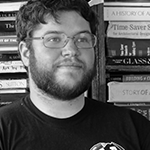 Aaron Balavram was born in Sayreville, New Jersey, but grew up in the great town of Highland Park, where he has spent most of his life. He now resides in beautiful East Brunswick with his lovely wife and fellow artist Jasmine. Having always had an adoration for the arts and sciences, he found a second home at the Academy of Art of Highland Park, where he learned to explore the craft of fine art as a science. Aaron began his training at the Academy at the age of fourteen, and by the following year, he was eager to expand his knowledge by aiding in the teaching of his peers, which he has continued to do for the past fourteen years. He is now a senior instructor, as well as the head of the sculpture department and “The Sky’s the Limit” program for Artists with special needs.

Aaron has also branched out to serve the community with other art programs, such as “Bridges”, an Edison Township program for “at risk” youths, and is also heading the Veterans Housing Project donor-wall mural through the Highland Park Reform Church. He has also served as an after-school art teacher at Montesory Netivot, as well as the middle school and high school art teacher for the Pre-Collegiate Learning Center in East Brunswick.

Aaron has also been working with Ana on developing the Aii Field Studio, organizing field trips and outings for all you wonderful artists that just can’t wait to get outside! He’s always been somewhat of an outdoorsman himself, having been going camping and hiking with his friends and family for longer than he can remember.

Just know that when you give him a smile, you’re making his day! 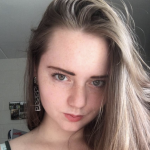 Alina Gorbunova has lived almost her whole life in New Jersey – with the exception of one year spent in Halifax, Nova Scotia in Canada. She started taking lessons at the Academy of Art of Highland Park when she was in fourth grade and started volunteering when she was 12. After working her way up the coach rank all the way to Honorary Captain (a rank made just for her) she was promoted to Junior Instructor, as well as Junior Studio and Staff Manager.

Outside of studio, Alina loves to travel. She has been all over from Moscow, Russia to Vancouver, Canada to Alaska to Florence, Italy (the home of many great Renaissance masters including Leonardo da Vinci). On all her travels she makes sure to bring a sketch book along. 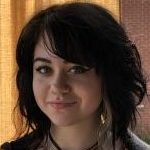 Amber, 20, of Metuchen, is a visual artist and musician. She has always had a deep love for the arts and has been practicing from a young age. She enjoys working with a variety of art forms—-from illustration, to claymation, to photography. She started taking classes at AAHP in early 2017. She was quickly hired to assist with studio management. She has since risen through the ranks to serve as student coach, and as Manager of the Skin & Bones Studio. Amber is now also Junior Staff Manager-in-Training as the latest member of the Senior Staff. Her fav food is….the pomegranate! 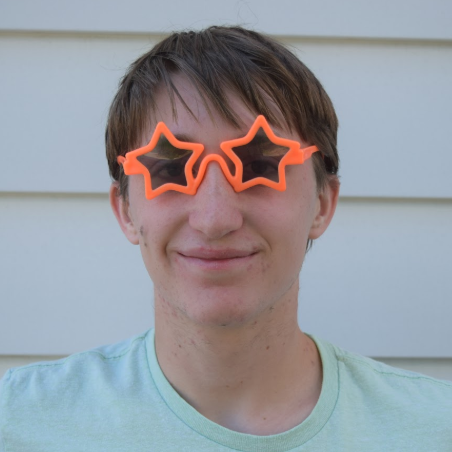 When young, Michael Gorbunov tagged along with his sister – Alina Gorbunova – to art lessons at the AAHP. He saw a sprawling studio, and wanting to be a part of it soon joined himself. As an art student, Michael went through drawing and shifted into sculpture. Around this time, only in fifth grade, he found a side interest of computer graphics and began learning Blender – a software for 3D art. This set him up to tie in technical skills with artistic practice. Developing himself as a strong artist and a technically literate person, Michael found himself in position to become the studio’s only (to date) simultaneous tech and coach.

Today, Michael uses his free-time working on personal projects. Last year he spent over 50 hours working on board games – making the assets and heading a group of friends. This summer he has been programming. While not consistently creating art at home anymore, he does occasionally still dabble in the arts. His last painting session was a set of 3 watercolor paintings of his beloved dog Charlie, which he gave as presents to his family for Christmas. 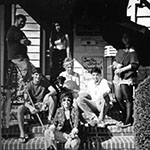 The Work Crew is the behind-the-scenes team that keeps the studio in working order. They come in on Friday when the studio is closed and toil like fairytale elves. Yet instead of working to the tinkling of silver bells, they play everything from old Beatles vinyl, to the newest indie hits. They do everything from vacuuming, cleaning, scrubbing, brush repair, furniture assembly and art supply shopping to washing all the rags the studio rag monster consumes. Everyone works together to keep this ship afloat. Without the spirited and almost heroic toil of our daring work crew team we wouldn’t have clean brushes, sharp pencils, or neatly organized works of art.

In loving memory of Jauria 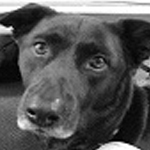 Live model and Officer-in-Charge-of-Morale. Yes, he made us laugh! His tail was the finest brush in the house. He was wickedly smart, the smartest dog you’ll ever meet. Jau-Jau was happy to stay locked in his kennel at student’s request. 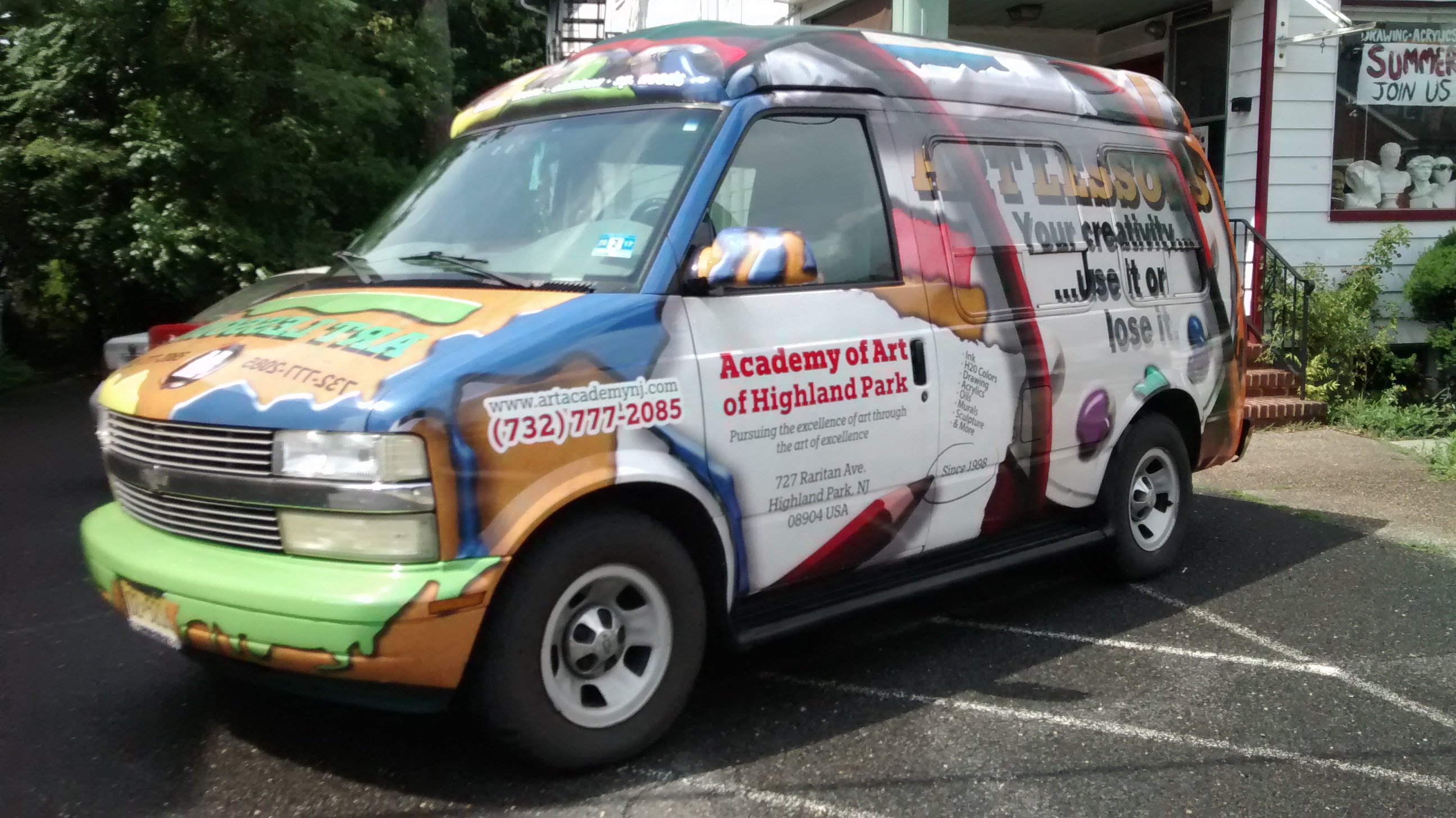 It is our great pleasure to present the AAHP’s colorful set of wheels!
Our eye-catching ArtMobile is a Chevy Astro conversion van, seating seven, including the driver. It came together thanks to pure team effort. David Segal, a Rutgers University student and automotive connoisseur who also serves as the AAHP’s Systems Administrator, found and researched the vehicle on behalf of the AAHP. David assisted with all pre- and post-purchase matters. AAHP Director A.E. Soto-Canino came up with the original design concept for the full-vehicle vinyl wrap. That concept was then refined and produced by L.E. Weinstein, AAHP alumna and in-house Designer, who has since graduated from the University of Delaware and now works as a pro designer. Aaron Balavram, who serves as the AAHP’s Senior Instructor/Studio Manager, designed the AAHP’s logo as it appears on the hood, and served as consultant during the design process. Friday Work Crew teen member Nicole Carr serves as the ArtMobile’s Junior Maintenance Manager.

The ArtMobile is a workhorse, serving as cargo van, passenger van, and mobile art studio. The vehicle is registered, insured and licensed as an Omnibus-2 passenger van under the laws of the state of New Jersey, which permits the AAHP to carry paying passengers.

Be sure to wave or honk as we roll by!